IaaM - Infrastructure as a Motorcycle 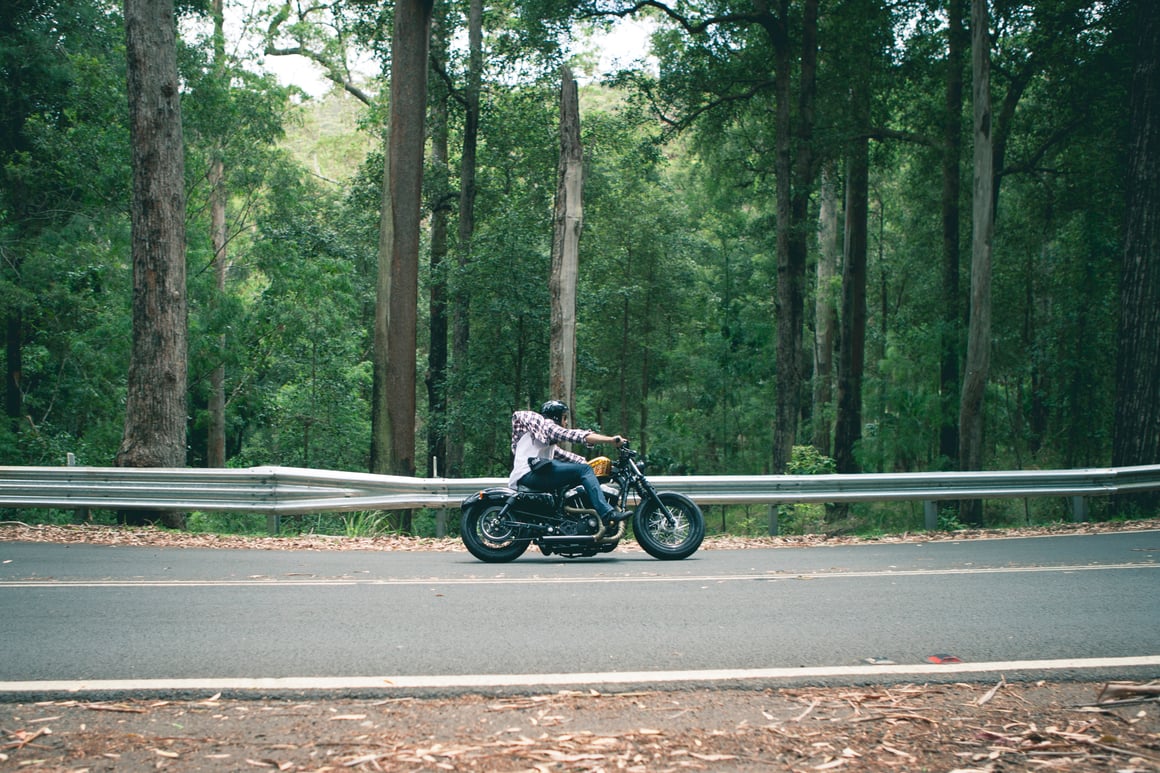 No, IaaM is not a new offering of ours, it’s just going to be an extended metaphor for the purposes of this blog post. If someone figures out how to offer true IaaM…. please look me up, it sounds amazing. Anyhow….

I bought a motorcycle.

The bar for what I was looking for was that it run, and it does run. Although it died on me about four times in my attempt to drive it home from across town. I know basically nothing about motorcycles — the closest I’ve gotten is a 150cc scooter that I rode for a year about five years back. So I did what everyone who works at a tech company does, and I went to our CTO to ask for motorcycle advice because he’s been riding for a number of years and knows what it takes to make them as safe as possible. He also knows what motorcycles are going to be inherently good or terrible.

He gave me suggestions for gear, and I bought a helmet, a jacket, and gloves. He suggested more than that, but I didn’t take all of his advice because I wanted the cheapest motorcycle money could buy, and more than $200 of gear for a $500 motorcycle just felt…. wrong (even if he was right).

The motorcycle did (eventually) make it home. It does run. I’ve ridden it around the neighborhood a few times and run a few errands on it so I can get more comfortable with it. Every older motorcycle is going to have a few quirks and this one is not without them. It took me a bit to get the choke right, to figure out the clutch, and to know how to handle a machine much bigger than I’d ever ridden before.

I found out it doesn’t have an air filter or even an air box and I probably will always be finding things that need to be tweaked. The blinkers don’t really work like they should and the seat can literally be knocked off by bumping it slightly harder than expected. It’s kind of a piece of junk. But it does run.

But here’s the thing, this is a toy for me. It’s not critical to my lifestyle in any way, for anything critical we have a large family car. I can ride my motorcycle somewhere and if it dies on the side of the road and I have to take a Lyft to make it to my destination on time, everything is going to be just fine. It’s a toy.

This got me thinking about Infrastructure.

A lot of companies out there have the same attitude towards their cloud infrastructure that I have towards this motorcycle. They want to invest the bare minimum, they want the $500 version, and they’ve set the bar at “it runs.” Even if it dies on them four or five times when attempting to push a new feature. A lot of CEOs and COOs know basically nothing about infrastructure — the closest they’ve gotten was a PaaS they used 7 years ago to launch that pet project that never went anywhere. So they go to their CTO and ask for infrastructure advice because their CTO actually knows what they’re doing and has years of experience seeing what kinds of infrastructure are going to be inherently good or terrible.

The CTO will give suggestions, and the CEO and COO will give a budget that says, “We don’t really want to spend money on this.” So the CTO (now hilariously budget-constrained for a business essential) will go out and buy a few instances on AWS or GCP and attempt to teach his engineers how to use the bare minimum.

This infrastructure will get them to a working model in production. It will run. They’ll even take it for a spin a few times and figure out how to deploy in a way that doesn’t break everything. Although it’ll take longer than they want, and they’ll keep having to SSH in to different boxes and make sure everything is working.

One day they’ll realize their infrastructure doesn’t have a dev environment. They can test in production like they have, and they’ll probably get away with it for a while, but some day it’s going to blow everything up and cost a small fortune in time and money to fix. There will always be things that need tweaking. But it does run.

Your Infrastructure is not a Toy.

And now here’s the big difference, this infrastructure is absolutely business critical and having one that doesn’t “just work” is going to cost your engineering team time that it shouldn’t be spending, it’s going to cost you more in cloud spend than necessary because it’s going to be engineered like an old beat up motorcycle. And when it dies, and you’re hemorrhaging customers or money, you can’t call your neighbor and calmly say, “Well that was amusing, when you get a chance, come on over and let’s figure what happened and how to fix it.” Your infrastructure is not a toy. Don’t treat it as one.

We’re the Motorcycle experts of Infrastructure.

Our basic offering at Fairwinds sets up your infrastructure and then maintains the base of it for about half the cost of an internal hire. It’s like buying a new motorcycle that’s going to have an air box, and blinkers that work, and knowing it’s going to run exactly like it should dependably.

We also have more complete offerings where we monitor everything and understand your setup inside and out. It’s like we’re riding around behind you in case something goes wrong on your new motorcycle. Eventually, you’ll hit a pothole or need a new tire, and we take care of all of it, because this motorcycle is business critical.